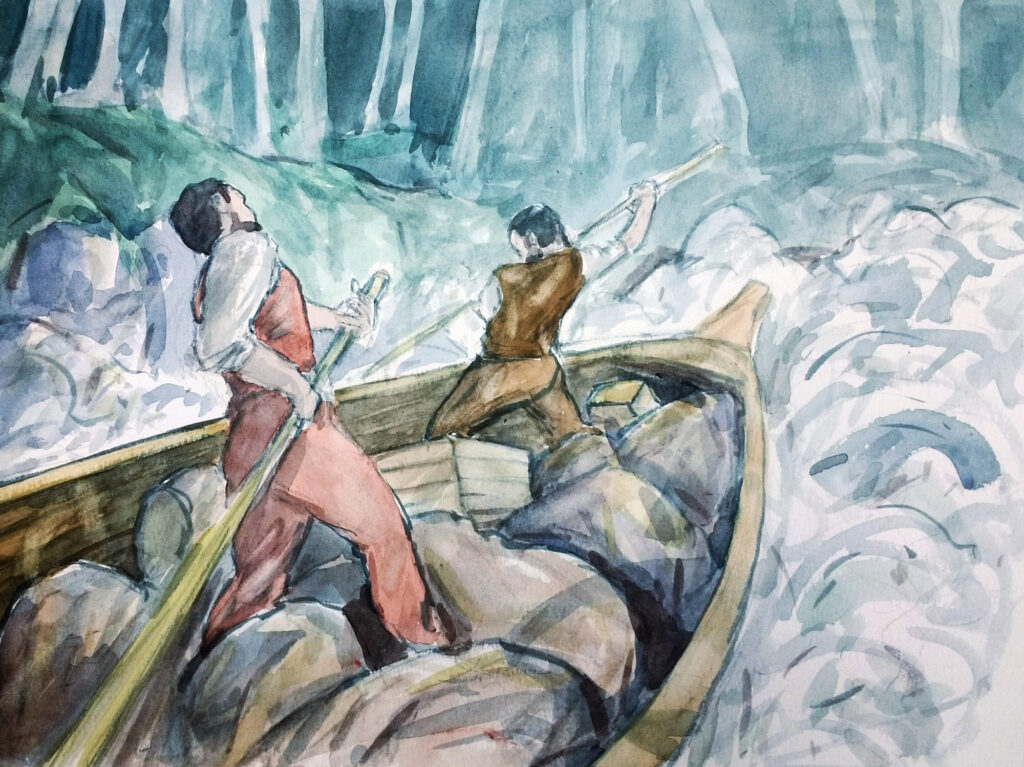 Online
Pay What You Can (Minimum £5)
BOOK NOW

Skookum Jim and The American Dream is a forty minute film based on poet Chrys Salt’s narrative sequence Skookum Jim and The Klondike Gold Rush. The film is the work of Scottish artist and film-maker Ken Smyth with a soundtrack by composer Richard Ingham, with readings by Chrys and Canadian actor and broadcaster Peter Marinker.

The sequence explores the impact of the Klondike gold rush on both the indigenous people of Yukon in north-west Canada, and on the fake-news-inspired stampede of get-rich-quick prospectors. It raises issues of racism, cultural imperialism and environmental destruction, issues that remain relevant today ‘Skookum’ Jim Mason (Tagish First Nation name Keish), his nephew Patsy Henderson and his Californian friend George Carmack made the first discovery of gold that inspired The Klondike Gold Rush in N W Canada, 1896 – 1899. George Carmack ‘married’ Jim’s sister Kate.

While George Carmack squandered his fortune from the gold rush on a continuing quest for gold, ‘Skookum’ Jim’s wealth was put in trust and the interest generated used to obtain a better standard of health and education for First Nation People of Yukon. It helped to found The Skookum Jim Friendship Centre in Yukon’s capital, Whitehorse, which, thanks to Jim’s legacy continues to this day.

‘(Skookum Jim and The American Dream) is a sensory feast of vivid poetry, harmonious voices, exquisite drawings and evocative music.’ ‘.. a tour de force’ ‘…a vivid and poignant journey for you to travel on and wonder at’.

The project has been generously supported by Creative Scotland.