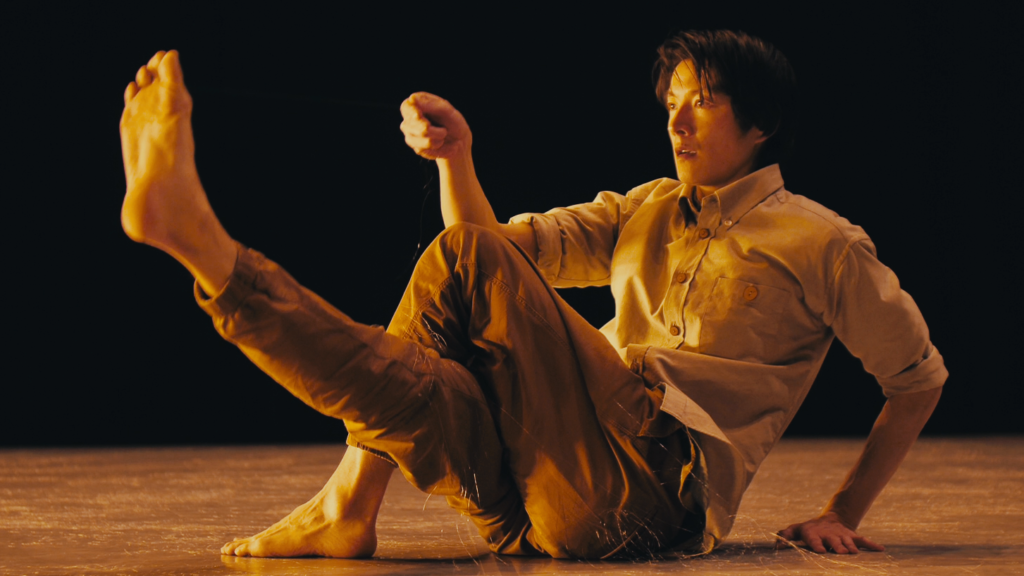 Part biographical and part fiction, this piece is a portrait created for and with Guest Dancer Yosuke Kusano. “Aren’t trees the hair of the Earth?” This question was the seed from which the piece grew. While researching the resemblance between human hair and trees, we discovered two beautiful natural phenomena: Itla Okla (a south American air plant), and Hair Ice (ephemeral strands of ice that grow on fallen trees in Northern countries).

Examining these two curiosities turned the studio into a laboratory, bringing a scientific lens to our creative space. Slowly, as the piece took root, a journey of a man evolved: from scientist to the spirit of a tree. Thin h/as h/air was originally premiered at Dundee Rep as part of the SPUTNIK choreographic platform in December 2019.

Attend a Q&A with the choreographer, Pauline Torzuoli on Tuesday 24th May, 8pm online in partnership with Dumfries & Galloway Dance.

Pauline was born in Grasse in the south of France. She started with a ballet education in ESDC Rosella Hightower in Cannes, followed by a contemporary education in Codarts Rotterdam Dance Academy.

Pauline started her career first as a freelancer in the Netherlands and worked more deeply with the choreographer Hiedi Vierthaler for choreographic collaborations and for the continuous development of her Stream-Flow movement method. They met in 2010 and have kept on working together since then. Pauline is part of Heidi Vierthaler’s collaborative group, Hato Project.

In 2012 Pauline joined Regensburg Dance Theater, under the direction of Yuki Mori, and has worked there with choreographers such as Marina Mascarell, Stephan Thoss, Giuseppe Spota, Ihsan Rustem, and Shumpei Nemoto.

In parallel to her career as a dancer, Pauline also developed her own choreographic work and was selected in November 2017 by the Choreographic Centre of Heidelberg to be one of the five residents of the 2017 season, for their programme, Focus Global.