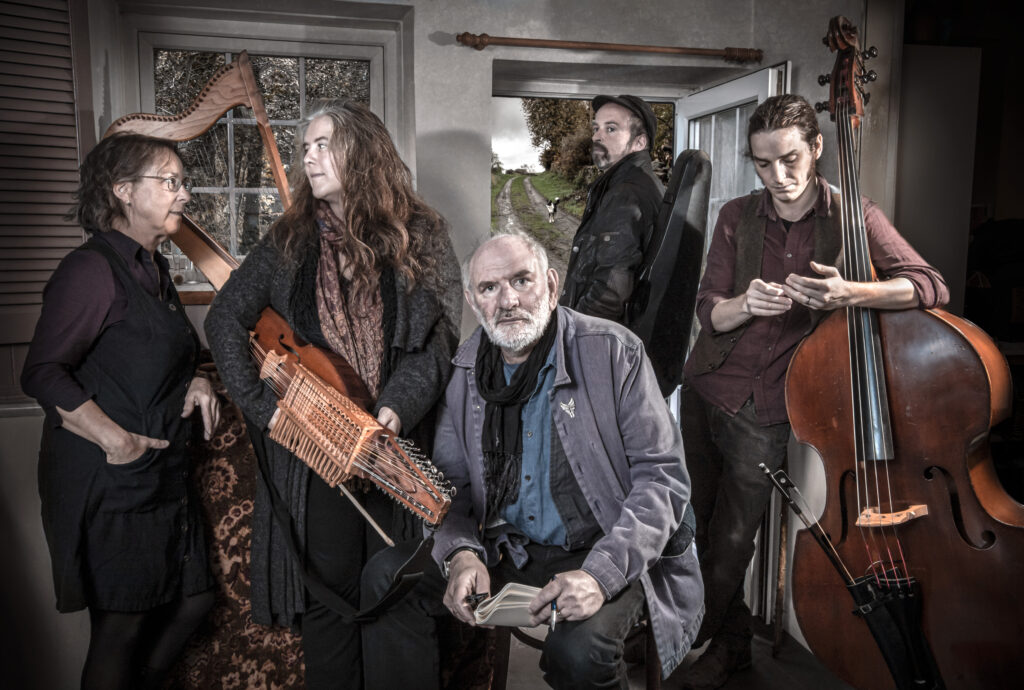 The Galloway Agreement & Tom Pow present The Village and the Road

Produced by Ruth Morris with support from Peter Renwick

The Village and The Road is a new work of theatre combining the musical talents of The Galloway Agreement, a depth of cultural understanding in Tom Pow’s writing, and the dramatic vision of Matthew Zajac. It uses lived experience of musical and oral history to create a voice for rural communities that speaks strongly of modern times. It is an invitation to experience a world of great beauty, but also one that carries contemporary imprints of separation, emigration and rootlessness.

The show is a portrait of the tensions that exist between ‘the village’ and ‘the road’ at this time of crucial change; a time ‘when the village girls have no eyes/for the village boys’.

…a wonderful representation of life…

…It could almost have been written in the last 24hrs…

In 2007, Tom Pow received a Creative Scotland Award to respond in poetry and prose to the phenomenon of dying villages in Europe. Travels to Northern Spain, Central France, Southern Italy, Eastern Germany, Bulgaria, Western Poland and Russia and to Northern Scotland resulted in a rich archive of recordings, photographs and writings, including In Another World – Among Europe’s Dying Villages (Polygon, 2012).

The Village and The Road was developed collaboratively in a residential workshop involving Tom Pow and The Galloway Agreement: Wendy Stewart (harp, voice), Ruth Morris (nyckelharpa), Gavin Marwick (fiddle) and Stuart Macpherson (double bass). As Pow draws on his travels to create the narrative, so The Galloway Agreement draw on their wide experiences of the musical traditions of Europe to enlarge the landscape and to drive the narrative.  This is a personal and a collective story about rural depopulation – primarily in Europe, but also with reference to refugee crises and to the ‘great thinning’ of the natural world, as ecologists describe the decline in species of the anthropocene – a thinning which mirrors that of the human abandonment of the countryside.

Out of this material, the team have created a fluid theatrical experience; one in which the story (in a variety of genres: personal narrative, poetry, flash fiction, proverb and song) – told by a narrator/commentator/participant, underscored and driven by the four musicians, who also act as a chorus. As much as the words, it is music and song that carry the narrative on a journey across geographical space and between cultures. At other times, added texture comes from site specific recordings of the natural world and of the human voice.