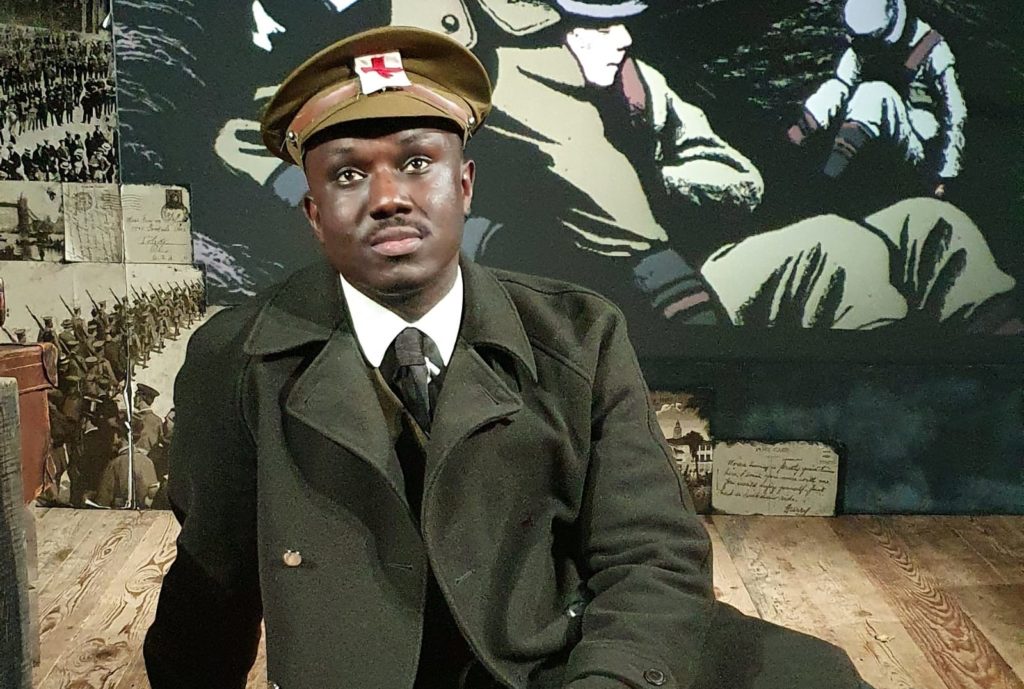 Online
Pay What You Can (Minimum £5)
BOOK NOW

Directed by Louise Townsend with original artwork by Scarlett Rickard  and new music by Tayo Akinbode When hundreds of people travelled from Barbados, Jamaica and Trinidad to drive London’s buses in the fifties and sixties, little did they realise they were following in the footsteps of London’s first black bus driver, Joe Clough!

Joe was a driver. First, a horse and carriage driver in Jamaica, before moving to Britain with his employer; learning to drive new motorcars. Passing his omnibus driving test, he drove his B-type motorised bus on the number 11 route through the heart of London from 1910 to 1914. He drove ambulances on the Western Front during the First World War, before making his home in Bedford, buying his own taxi, which he drove until his retirement in the 1960s.

Joe Clough was a trailblazer. Still fondly remembered in Bedford, he was always determined to confront any barriers placed in his way that attempted to diminish his ambitions or belittle him and the world in which he lived. Portrayed by Phillip Olagoke in this one-man show, Farewell Leicester Square is his story.