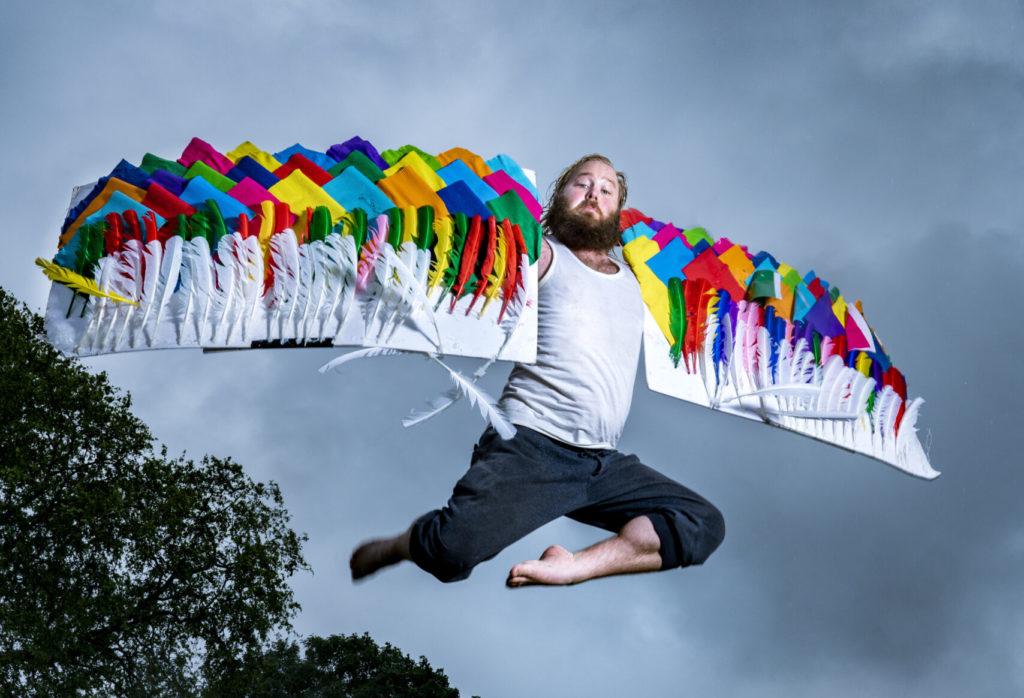 A new show from James Rowland featuring his captivating mix of theatre, comedy and music.

LEARNING TO FLY sees James tell the story of a remarkable friendship he made when he was a lonely, unhappy teenager with the scary old lady who lived in the spooky house on his street.

It’s about connection, no matter what the obstacles; about love’s eternal struggle with time; about music and its ability to heal.

It’s also about her last wish: to get high once before she died.

Made with the generous support of Arts at the Old Fire Station (Oxford), The Spring (Havant), The Attenborough (Leicester) and Tobacco Factory Theatres (Bristol).