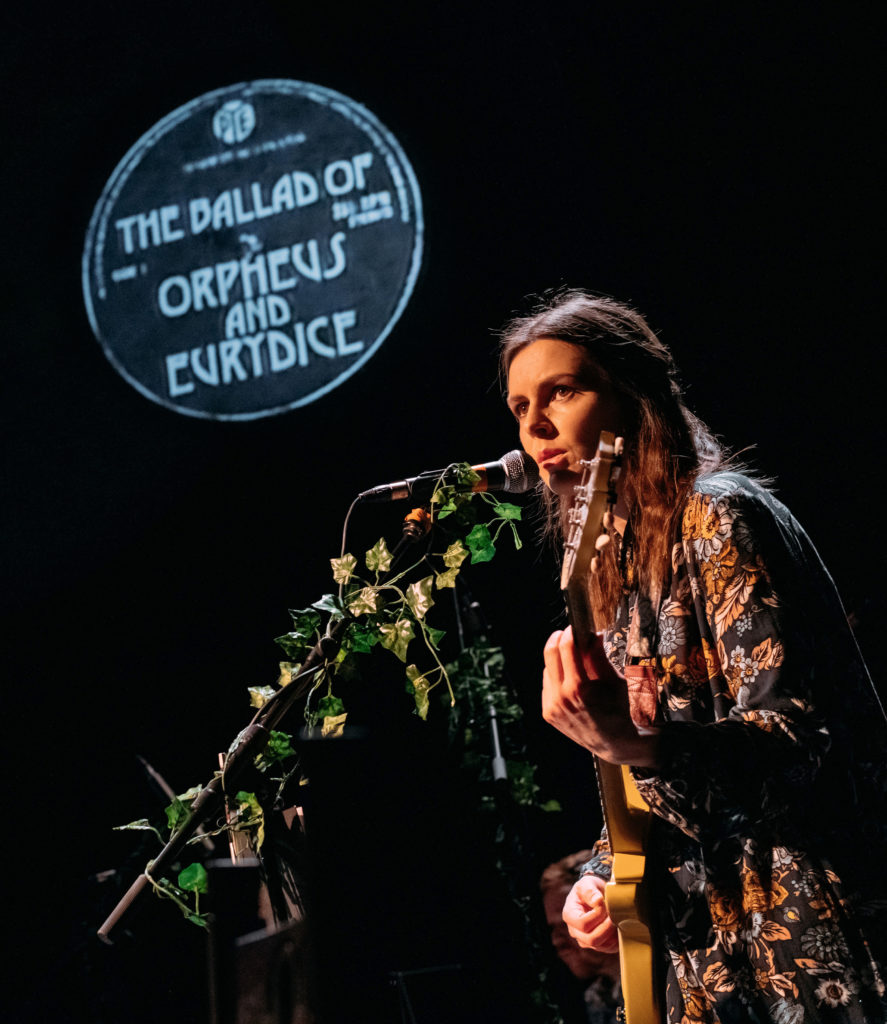 By Kim Moore and Nicholas Bone

Lost in Music is a gig-theatre show inspired by the myth of Orpheus and Eurydice: the story of a talented musical couple’s journey to hell and back.  It’s a tale about the power of music which has been told and retold for thousands of years; in Lost in Music, it’s told using the voices of young musicians, telling us what music means to them and how it informs their lives, friendships and sense of self.

Moore’s music is tremendous, as are the individual songs, co-written by the four performing musicians, Jill O’Sullivan, Alex Neilson, Clare Willoughby and Emily Phillips; and the show is bound together by Nicholas Bone’s simple and beautiful text, which tells an old story, and links it to a new one with a depth of feeling that makes for a unique theatrical experience, as beautiful as it is moving. **** The Scotsman

Nicholas Bone’s Magnetic North company’s album-length rendition of this classic yarn pitches the story
through a suite of songs written and performed by an ad hoc quartet of some of Scotland’s most
adventurous musicians overseen by musical director Kim Moore. **** The Herald