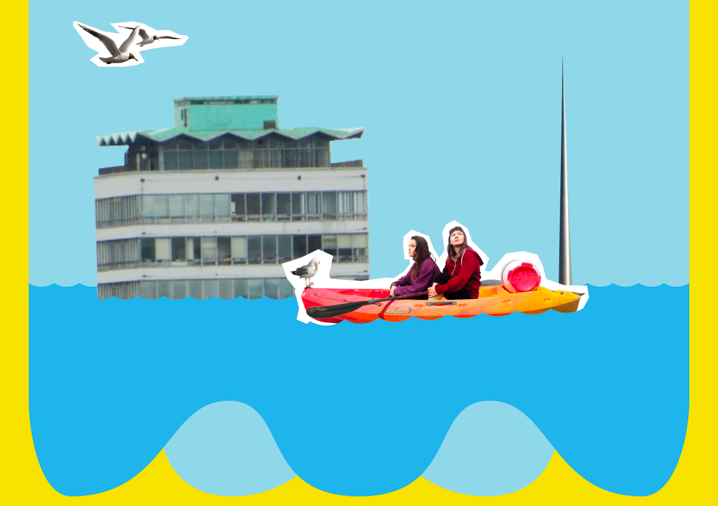 The climate apocalypse has hit. Dublin is completely underwater. Best friends Bláthnaid and Debs are the sole survivors. Debs looks to the future, but Bláthnaid is tormented by guilt. Why were they blind to the wave that was coming? And can they salvage a future from the wreckage? “an entertaining and enlightening new play… forces… Read more »

Skookum Jim and The American Dream is a forty minute film based on poet Chrys Salt’s narrative sequence Skookum Jim and The Klondike Gold Rush. The film is the work of Scottish artist and film-maker Ken Smyth with a soundtrack by composer Richard Ingham, with readings by Chrys and Canadian actor and broadcaster Peter Marinker…. Read more »

Showcasing the in-house choreographic talent at Scottish Dance Theatre, company member Pauline Torzuoli presents the solo work: Thin h/as h/air. Part biographical and part fiction, this piece is a portrait created for and with Guest Dancer Yosuke Kusano. “Aren’t trees the hair of the Earth?” This question was the seed from which the piece grew…. Read more »

Enjoy our online 2022 D&G Arts Festival at Hame on demand from the dates that they released below. Shows included in our overall Festival Online Pass:  Sunday’s Child presents AFLOAT Fri 20 at 20:00 – Sun 29 May at 22:00 Dublin is completely underwater. Best friends Bláthnaid & Debs are the sole survivors. Debs looks… Read more »

Recruiting all Moon Cadets! Meet Captain Caper and pilot Peppy and help them on their mission to the Moon. You will be requested to attend Space School in preparation for the journey of a lifetime: A trip to the Moon and Back! Mission Possible: Rescue Moon Moo (the cow that tried to jump over the… Read more »