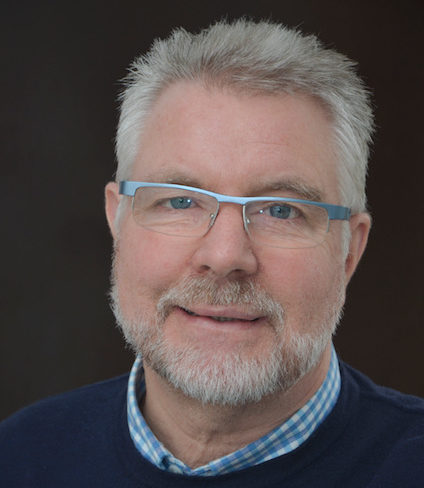 Arts development consultant, writer, director, and freelance trainer Ken Gouge has stepped down as chair of Dumfries & Galloway Arts Festival after eight years at the helm.

A board member for a total of 10 years, Ken is one of the longest-serving chairs of Scotland’s largest rural performing arts festival, which has just announced the dates for its 43rd annual event in May.

“We have done so much, covered so much ground and come an awful long way in that time and I believe we are in the best heart and strongest position we have ever been in. Now is a good time for someone else to take the festival forward,” he said.

Having worked “almost in a CEO role” at times for the festival and played a key role in securing its funding and survival, Ken was at the helm as the festival launched its year-round arts touring programme, Arts Live, initially as a pilot in 2016. He also helped the festival team navigate the challenges of the global pandemic, putting on a successful mix of live, online, streamed and pop-up events across the region last summer.

He praised the work of the festival team – Strategic and Creative Director Melanie Purdie, General Manager Lou Davies, Finance & Project Support Officer Suzie Thorpe, Project & Communications Manager Emma Porteous, and Youth Development Officer Liam Russell – and the dedicated board he had worked with, and said he was proud of what the festival had achieved, and become, under his watch.

“It is recognised as being a good, well-run organisation and I think the programme we have at the moment is the best yet, and with our streaming services, introduced when we were having to rethink what the festival would look like during the pandemic, has helped us reach new audiences and audiences worldwide.

“The festival is a flagship for bringing high-profile events to the region and puts the region on the map for performing arts.”

Ken, who went to stage school and starred with the likes of Judy Garland, Dirk Bogarde, Peter Sellers, and Charlie Drake, as a child actor, has worked in the performing arts for 40 years, and was elected a Fellow of the Royal Society of Arts in 1999 .

Highlights of his time with Dumfries & Galloway Arts Festival, which he joined in 2012 and became chair of two years later, include: The Strange Undoing of Prudencia Hart by the National Theatre of Scotland, in Sanquhar, as part of Arts Live; STORM, which drew thousands into Dumfries for a spectacular show, featuring a 10-metre tall puppet, in October; The Village and The Road – “a brilliant homegrown show” as part of Arts Live last autumn, and Lot 52, a moving new play by Vivien Jones starring Helen Fox and Codge Crawford, about a family leaving Annan Harbour in 1775 to sail to Nova Scotia in search of a better life. Ken directed the piece, which was funded by Annan Harbour Trust and performed in Townsend Theatre Productions’ Talking Horse pop-up theatre.

Ken said he was especially proud of “the incredible work” the Arts Festival is doing with young people and would love to see that be developed further across the region.

Alexandra Little who will be taking over the role of Chair at the Dumfries & Galloway Arts Festival stated,

“I am delighted to be taking over the role of Chair from Ken Gouge at Scotland’s Largest Rural Performing Arts Festival.

I’ve served on the board of the Dumfries & Galloway Arts Festival for 18 months and been an ambassador for over 8 years; supporting the team at live events from opera to folk, theatre and dance, meeting performers and audience members from across the World, and promoting the culture and heritage of this beautiful region.

This is a very exciting time to take on the role of Chair, contributing to the success of the industry within and beyond the region; leading our small but dedicated team, working with the Board and our partners to go forward into the next phase of the development of the Festival, our work with young people and our year round performing arts programme.”

The 10-day event will offer something for everyone to enjoy in community halls, theatres, outdoors and online, from May 20-29. See: www.dgartsfestival.org.uk